Book and Lyrics by: Tony LePage and Josh Sassanella Music by: Josh Sassanella Directed by: Adam Dannheisser Musical Direction by: Jonathan Ivie Oswald: The Musical, tells the assassin's story, simultaneously, through two sets of eyes. Lee's story, played by one actor, tells of a troubled youth caught up in an impossible situation which ultimately leads to the conspiracy theories that still hold strong today. And Oswald's story, played by another actor, weaves a tale of a co

Producer Paul Adams and Emerging Artists Theatre will present a developmental workshop of the new musical Mean, featuring songs from Grammy winner P!nk's catalogue, May 30 in New York. The musical, with a book by Kerri Kochanski, will feature direction by Jonathan Warman, choreography by Liz Piccoli and musical direction by Luke Williams. It will be presented to the public on May 30th at 2 PM at the TADA Theater. 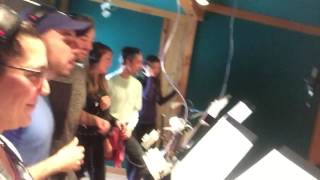 Invited Dress Run of The New Yorkers at Encores!

Workcation in the Caribbean